The more famous Crusader castle of Jordan, Karak (or Kerak) Castle. While there are a few Crusader castles in Jordan, Karak is probably one of the larger ones, and possibly the most visited one. Whether it’s a day trip from Amman or a stop along the Desert Highway, try not to miss this highlight in Jordan!

After my hike in Dana Biosphere Reserve, I was in the closing stages of my trip in Jordan. Karak Castle, on the way back from Dana to Amman, was next. Having been to Shobak Castle just a few days before, I was eager to check out this ‘bigger brother’ of the Crusader castles.

Getting To Karak Castle

Karak Castle was definitely more accessible than Shobak Castle, as there is a whole city built around the castle. Minibuses run between Amman (South Bus Terminal) and Karak, and should not cost more than 2JD. As I was coming from Dana Village, which did not have any regular transport, I hitchhiked half the way before hopping onto a bus to get to Karak. As mentioned in my Shobak post, hitchhiking is surprisingly manageable in Jordan, maybe not so surprising given the state of transport infrastructure.

Karak itself is high up on a hill and it may be better to confirm that the bus is terminating at Karak (rather than passing through). Buses that terminate there may go to the terminal which is on the hill, rather than stop at the foot of the hill which would than necessitate changing buses.

The Ruins of Karak (or Kerak) Castle

Admission to the castle is 2JD, or free with the Jordan Pass. If you’ve came here with a huge backpack like I did it is possible to leave your bag at the guard post, though I’d advise keeping your valuables with you.

While more extensively excavated and restored than Shobak Castle, there still isn’t much explanation here at Karak, so I’d advise getting a guide too. By some luck or coincidence, I arrived at the castle at the same time as my hiking buddy whom I did the Wadi Dana Trail with the day before, despite leaving Dana about an hour apart. She had hired a driver who wasn’t comfortable taking strangers (strange for a country so comfortable with hitchhiking), but we didn’t want to cause any trouble so I made my way there on my own (which was fun too).

As the guides were busy when we arrived, we did some exploring on our own, but upon getting a guide everything made much more sense. As compared to Shobak where most of the castle is above ground (presently), much of Karak Castle seems to be about the maze of tunnels that run below the surface, and the room along the dark corridors.

Karak Castle has a more eventful history than Shobak down south, and you can read more about how it played a part over different empires and eras on the Wikipedia article here. With its popularity, Karak Castle is also visited by many more tourists than Shobak, though it was far from crowded. I’d leave you with more pictures from Karak here!

Our guided tour ended around the collapsed structure. The guide did not specify any fixed amount but we gave 10JD. We continued to explore the castle compound on our own.

At the furthest end was a building that look separated from the rest of the castle. Though closer up you’d see that underground chambers that have only been partially excavated fill the area between the buildings. This was supposedly a later addition to the castle, a testament to how the castle has played an important part in different empires and eras.

I had probably strained my neck looking up at the amazing arches of this hall.

It is possible to get to the top of the buildings, though some areas look less safe. This below, for example, is a small ledge probably a meter wide, without railing, that you’d have to cross to get to the stairs to the top.

The towers near the entrance

Another set of buildings/towers can be found nearer to the entrance. 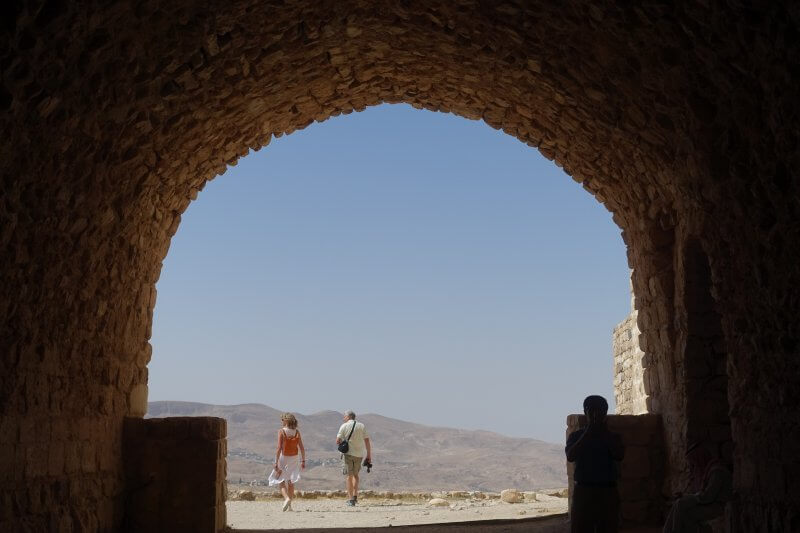 It was a short walk back to the terminal on the hill. I thought I would be able to get a bus straight to Amman here, but was directed to a bus that got me just down the hill (for a fee).

At the bottom, I waited for over 2 hours for the bus to fill. Even then, the bus wasn’t full but we finally left. The guy collecting money kept insisting on placing my backpack on the seat beside me, although I tried to suggest saving the seat for another passenger. I found out later that I paid the same as what a couple paid together, the only other tourists on the bus. We could only shrug and accept that this was how business is done in Jordan. So it was 2JD for my bus ride back to Amman, and another 2JD for my backpack’s ride.

On to the final major stop of my Jordan adventures, Amman! 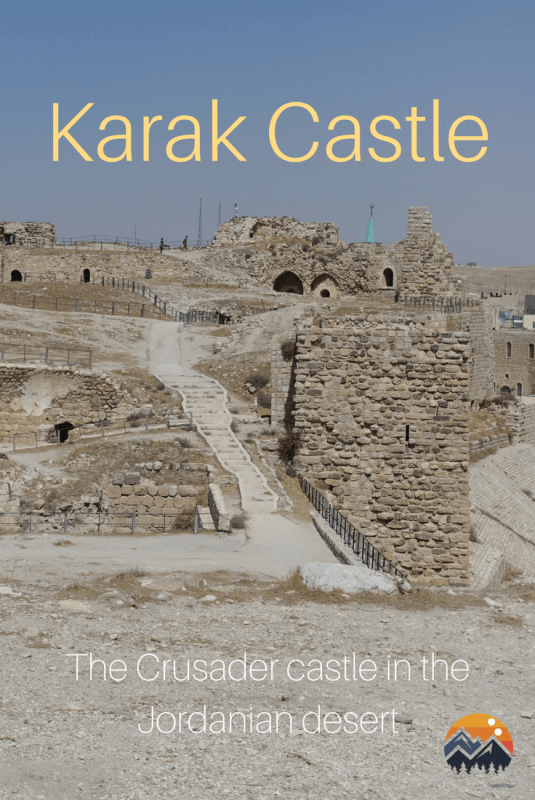